The 43-year-old Scot hit a 139 total clearance to set up the one-frame shoot-out then capitalised on a missed black by Gilbert to fire what would prove to be a match-winning 55 break and clinch a 17-16 win.

“I can’t really explain to be honest. I apologised to Dave – I told him I brought him down to my level in the first three sessions.

“I was really poor and I think Dave really let me off the hook. I was over the moon to be only 13-11 (on Friday night). I was feeling good but nothing was happening.

The Scot’s dissatisfaction had again been plain to see in the second session on Friday which was classed by some snooker experts as one of the worst he has ever played.

Indeed it was Higgins who was more pleased with the overnight scoreline and, despite Gilbert firing a 105 clearance in the opening session of the day, there was a hint of inevitability about the Higgins comeback.

Four frames in a row duly followed as Higgins grabbed the lead at 15-14 for the first time since the fifth frame, suggesting that he had repelled the challenge of the Tamworth player.

But Gilbert levelled with a 78 then went one frame from victory before Higgins drew on his vast reserves of experience, first with his stunning clearance then after a cagey safety battle which saw him over the line.

advantage in the match, broke down in tears in the post-match press conference.

Gilbert said: “I’m absolutely gutted to lose. I could have got to a world final but I’ve got nothing to feel sad about. I came here with no expectations and to end up on the one table against a legend like John, it was an honour.”

Judd Trump sealed a new World Championship record as he moved closer to booking a repeat of his only previous final appearance against Higgins in 2011.

Trump’s break of 114 to go 12-8 up against qualifier Gary Wilson marked the 87th century of the Championship – eclipsing the previous mark set in both 2015 and 2016.

Resuming at 9-7 in front on Saturday morning, Trump recovered from a nervy start to take control of the session and his 14-10 advantage means he needs just three frames for victory when the pair play to a finish in the evening. 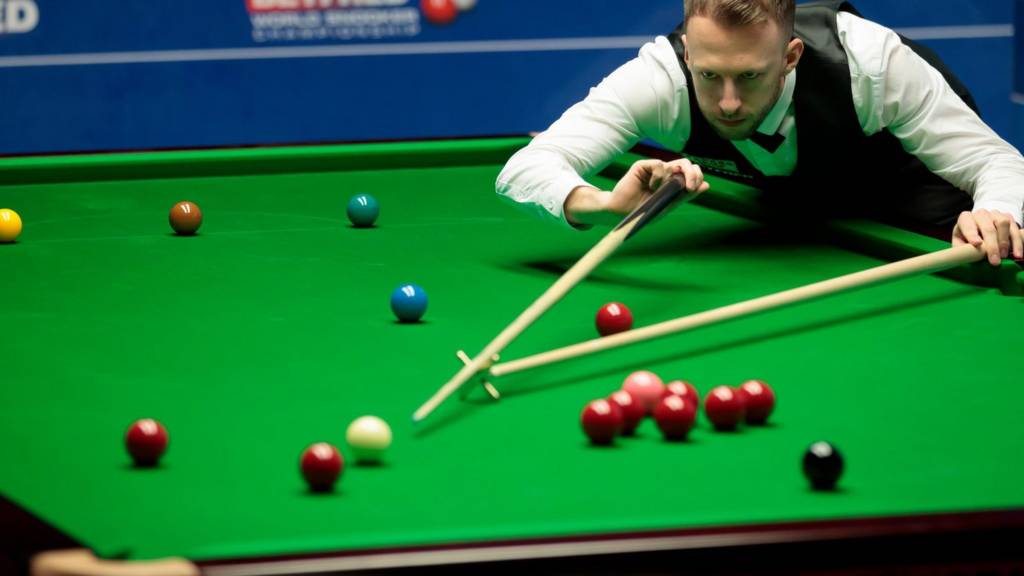